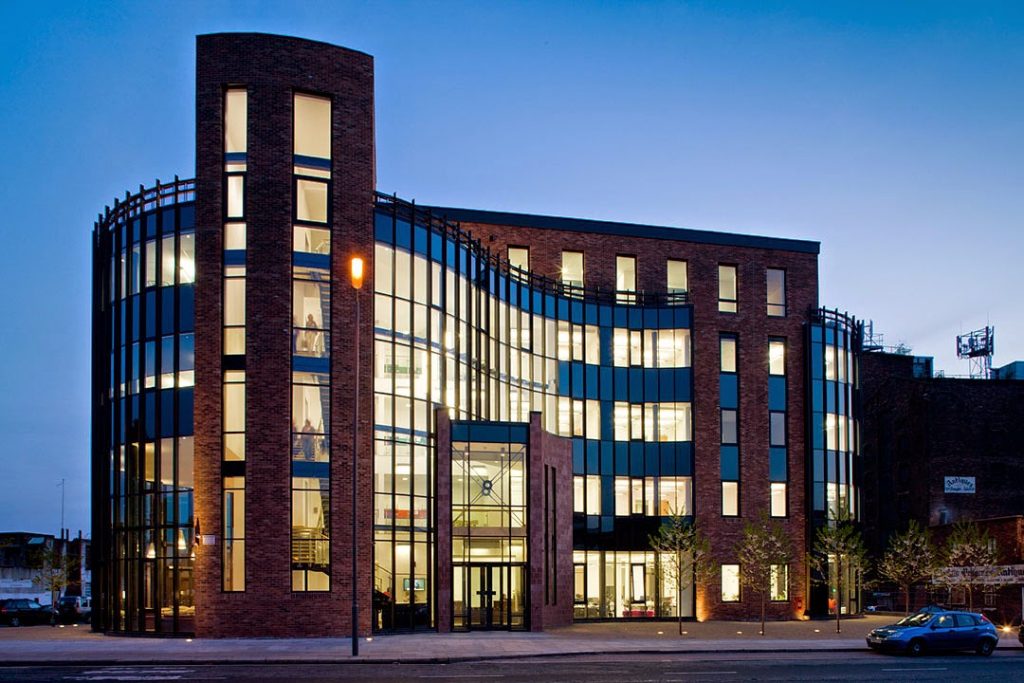 @54StJamesStreet Celebrate Full House! #TeamBaltic Proving the Place to Be

“The passion for business and entrepreneurial spirit of The Women’s Organisation keeps businesses feeling proud to be part of 54 St James Street” said Jo Copoc Director of Boomerang Business Solutions, explaining why she thinks the Baltic Triangle based business centre is receiving such demand for office space. The Baltic Triangle area of Liverpool is fast becoming the trendy place to build your business with new developments continuing to enrich the area. 54 St James Street, a £5.3mil development created by The Women’s Organisation which is at the heart of the area, has been so overwhelmed by demand for office space that they are literally full to bursting!

Having opened the doors to the new development in 2011, 54 St James Street quickly filled with local women led businesses and social enterprises wanting to take advantage of the hi-spec business incubation facilities.

When two of the early 54 tenants, High Performance Consultancy and Constructing Equality, began to expand, they were keen to find a way to stay within the vibrant Baltic Triangle business community that they had come to love. The Women’s Organisation took measures to adapt event space within the building to accommodate the growing teams, allowing them to expand in house and freeing up their previous office spaces.

54 St James Street barely had time to advertise the vacant spaces before they were snapped up by local businesses keen to join the buzzing Baltic Triangle.

Hana told us “It is a lovely light and airy new building, I just liked everything about it from the location, the beautiful building, the fact that The Women’s Organisation Team were around and all the Business Club events that go on in the same venue. It’s hard to put it into words but when I was shown the room I felt I could exhale and feel relaxed! (Which is great because it can be quite stressful running a business!). The office manager made the transition from working from home to moving into my first office happen very easily and speedily which was fantastic.”
Although the Baltic Triangle has been dubbed the ‘creative quarter’ by many in Liverpool, 54 St James Street have gathered interest from a range of sectors, particularly health and well-being businesses who are moving from the traditional Rodney Street to try out pastures new.
One of the more recent businesses to make the move were Psychological Therapies Unit, whose director Steve Flatt said “Our move to St James Street has made a considerable difference to our well-being as a team. It is a light, airy and ultramodern building. The access for all our clients is ideal and many have expressed their delight at coming to a building that does not have any connection with medicine or traditional mental health services, something we have embraced in our attempts to reduce stigma.”

54 St James Street are now keeping a waiting list of those who continue to express interest in taking up offices as demand has been so high.

Building Manager Laura Anderson wanted to encourage local businesses who have missed the boat in snapping up physical office space that they can still be a part of the 54 St James Street community by taking up virtual office packages starting from as little as £18 per month inclusive of VAT.

Laura said “There is a great buzz around the building which businesses can join in with from popping into Siren café and utilising the free wifi, to using our flexible meeting rooms which are available to hire from as little as £10 per hour. We want to bring as many businesses to the Baltic Triangle area as we can so whether that be holding a one off event in our top floor conference space or becoming one of our valued tenants we are delighted to offer you a warm welcome.”