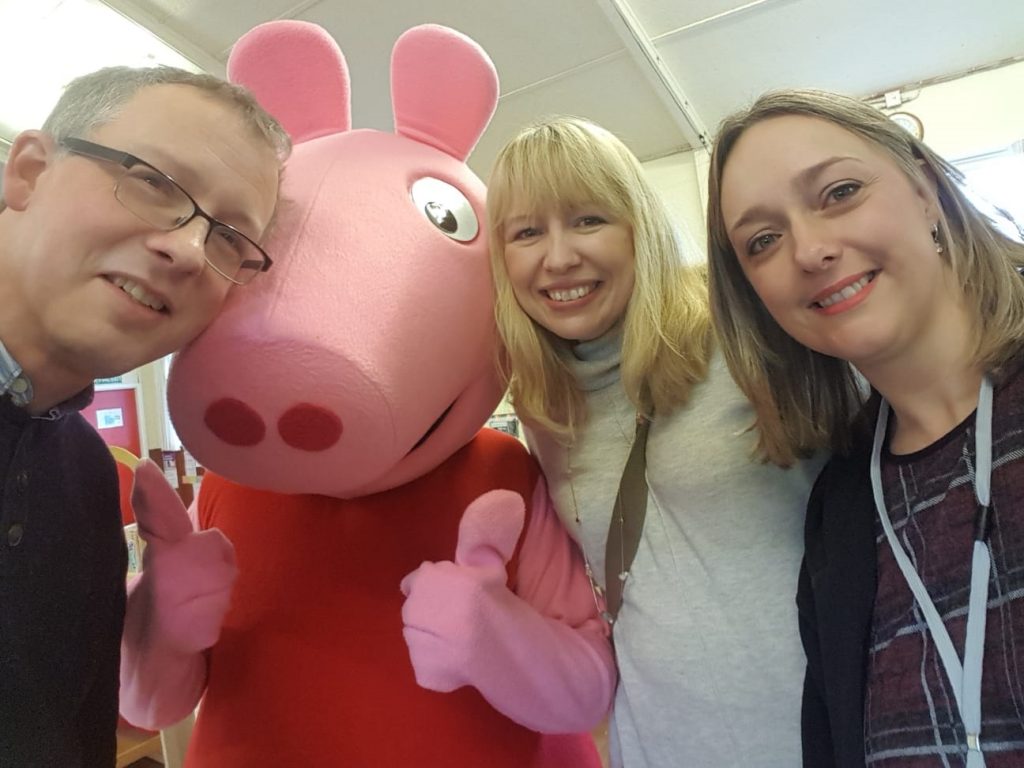 It’s a special week for our tenants First Steps Enterprise as they celebrate their fifth birthday! The first steps team provide two services across the region, including staffing for children’s centres, schools and nurseries, as well as the operation of childcare settings known as ‘footprints@’.

We first met First Steps Enterprise in 2014 when they received start-up business support through The Women’s Organisation’s Enterprise Hub programme. Today, First Steps is a team of four with a permanent base at our office space in Liverpool, along with three further childcare settings across the region.

As they mark this important milestone, we invited Managing Director Ian Merrison to take over the 54 blog to tell us more about the top 5 highlights of their journey so far… 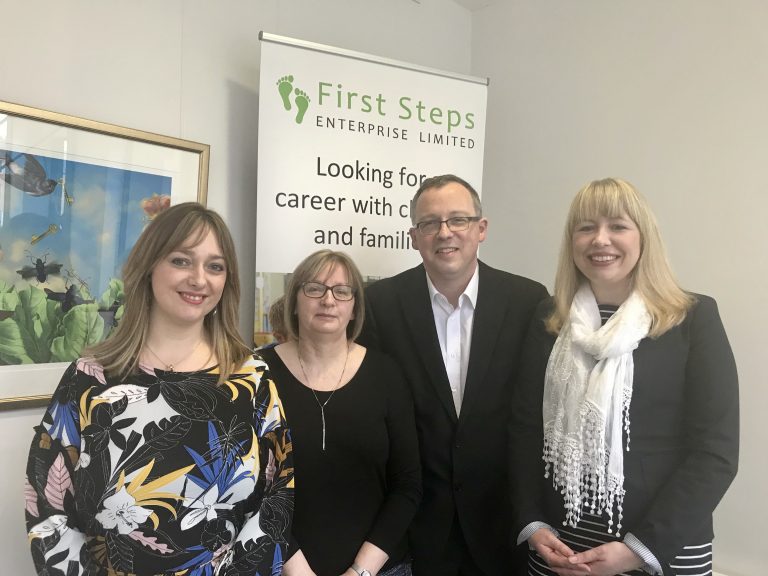 Beginning is always a highlight for any new company.  First Steps were incorporated on Companies House on 4th March 2014 and began trading a few weeks after.  Set up by wife and husband duo, directors Jennifer and Ian Merrison, it all happened rather quickly, as Managing Director Ian Merrison explained. ‘We set up in March 2014 and started trading formally on 1st April a few weeks later.  In that time, we had to set up the company infrastructure, such as banking, contracts with centres, employment contracts, insurance, website (designed by Tekon), and all the matters you need when setting up.  With hindsight, it was rather fast, but we managed it.’ Ian and Jenny are grateful for the assistance they received from the Women’s Organisation and their business advisor there, Janine Hyland.  ‘It was very helpful with planning’, Jenny explains, ‘and helped lay a foundation moving forward’.

First Steps Enterprise’s life as a small employment agency started with 13 staff on the books on medium-term contracts, via work with a small number of centres.  Relationships Ian had built up over the years proved invaluable.  Ian remembers the early days ‘It was very exciting, but also there was a certain element of nervousness.  But it seemed to go well.  I’m very thankful to those first few centres in Sefton and Liverpool who used our services.  Our first invoice was to Farnborough Road Children’s Centre in Birkdale!’  As First Steps grew, Ian remembers a rather technical milestone: ‘it sounds strange to mention it, but crossing the VAT threshold after around 18 months was an indicator trade was moving in the right direction.’  This was the case as the company continued to grow.

As First Steps expanded, so did the core office team.  Ian explains more: ‘for the first 3 and half-years, it was pretty much just me day-to-day, with occasional days of admin support.  But we needed to put more infrastructure in place’.  Part of that was the company’s move into an office in 54 St James Street, home of the Women’s Organisation.

But it was also an expansion of the team – Sarah Mercer as Deputy Manager and Ann Howarth as Administrator.  ‘Both are a really vital and fundamental part of the company’, Ian explains.  ‘What was nice was that both were originally staffed through the agency, but then moved into the core team.  Sarah was actually one of the original 13 back in 2014 and that first invoice in Farnborough Road included her role there!’  And we can’t forget company pooch, Bailey, who often pops in with Ian into Number 54, who distinctly sees himself as part of the team! 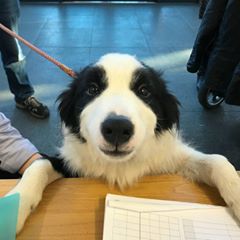 A key reason for the new team was the development of new services, with Deputy Manager Sarah especially playing a really key role in the development of the ‘footprints@’ childcare settings.  First Steps has three settings – 2 pre-schools in Netherton (footprints@netherton) and Formby (footprints@pinetots, or just ‘Pine Tots’) and an after school club (footprints@kingskids, or just ‘Kings Kids’), all operated from 2018.  Pine Tots was a purchase of Pine Pixies Pre-School, and Ian states he is ‘very grateful’ to another Women’s Organisation Business Advisor, John Jones, for help with this.

Explaining more about the ‘footprints@’ settings, Sarah explains more ‘Children are at the heart of our footprints@ settings.  We really look to give the best quality childcare we can, and various funding streams for 2, 3- and 4-year olds are available.  We are always happy to let interested parents look round.  Also, just started, we are having stay and plays called ‘Toddler Time’ in our Pine Tots setting in Formby on Friday afternoons, which is a great way to see the setting and ask us any questions.’ 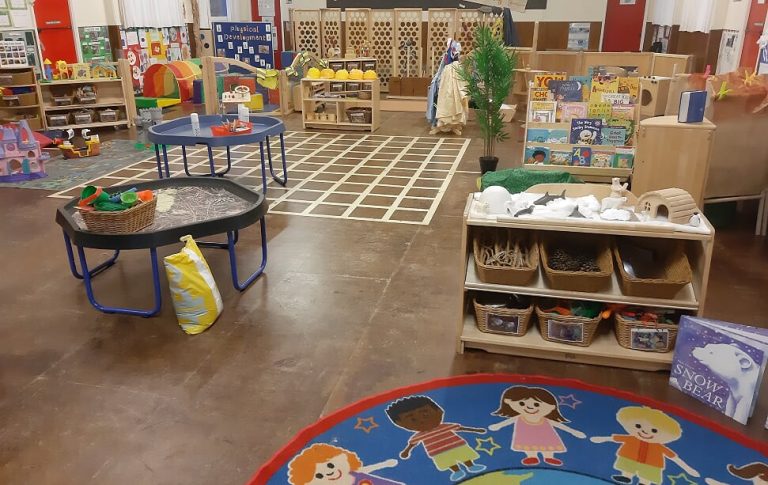 The team are pleased to mark the date, and Ian is states ‘there are always situations and matters you’d deal with differently with hindsight, which is human, and some things some try don’t work out, but I’m very happy with the way the last five years have gone.’ Ian is very thankful to the staff team in the company.

However, the team are already looking ahead.  Explains Sarah ‘the footprints@ childcare is something we are very proud of.  We are looking at possible new footprints@ ventures, although it’s too early to say where they might be.’  Ian agrees and states ‘there are other new projects that may happen, we look forward to where the next five years may take us!’

If you’ve been inspired by Ian’s story and want to find out more about our incubation space, clickhere. Or to find out if you’re eligible for start-up business support, click here.