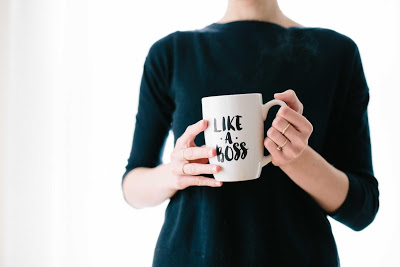 However cliché this sounds, being your own boss is an alluring idea.

Research shows that some 97% of British women who started businesses wanted “more control over their work”, while 85% cited “flexible working conditions” as a key reason for kicking off their own business ventures. On top of that, our research at PeoplePerHour has uncovered that self-employed women earn 43% more per hour than employed women, making the opportunity to take the plunge even more compelling.

Although many women-led companies belong to the so-called “lifestyle businesses” category (most often by choice) and typically have limited scalability, those female entrepreneurs who set out to turn their small businesses into successful enterprises are more than capable of doing so.

In the recent years, we’ve seen a number of unabashedly successful and inspiring women entrepreneurs step onto the world’s business stage. From Sara Blakely, founder of SPANX, to Julia Hartz, co-founder & CEO of Eventbrite and such iconic figures as Arianna Huffington, founder of Huffington Post, starting new businesses (check out Thrive Global) — the ranks of women entrepreneurs is growing fast and confidently.

So here’s a question for you.

Why is it that women can bring in more profit with less investment, keep their businesses afloat even in the hardest of times and increase business profitability just by…being on the board of executives? Photo by Brooke Lark on Unsplash

More than 50% of UK businesses fail within the first five years. Success doesn’t come easy even to the most talented and experienced entrepreneurs, and, on top of all the common struggles, female entrepreneurs also face some business challengesthat are unique to their gender, such as gender-bias, bigger workload, lack of opportunity in certain industries and limited funding. To succeed in the business world, female entrepreneurs need to overcome a number of subtle challenges just to be taken seriously. However, this practice of pushing forward and the ability to take punches often contribute to boosting their confidence and inspiring them to work harder and persevere. Learning not to give up is one of the most important lessons in entrepreneurship.

Annita Roddick, the British-born entrepreneur and founder of The Body Shop, has started her socially-responsible business on a shoestring budget during the times when there weren’t many women in business and turned it into a sustainable cosmetics empire. She has once said, “If you think you’re too small to have an impact, try going to bed with a mosquito.”

Women lead from the inside out, not from the top down. The ability to connect with those around them and adapt to new environments can be the one thing that separates leaders from managers. And it’s no secret that women consistently outperform men in emotional intelligence and outscore them in engaging their employees. Besides that, women leadership is directly linked to increased profitability.

A recent study conducted by the Westminster University that used unique data harnessed from PeoplePerHour freelance marketplace has revealed that female freelancers are nearly 20% more likely to win a project than their male counterparts, in part due to their ability to leverage persuasion strategies.

Jessica Alba, the famous actress and co-founder of Honest Company, had initially struggled to get VC funding for her non-toxic products for kids business idea, until she revamped the business pitch leveraging her personal story as a “sickly child”. That immediately allowed her to connect with investors she approached, since they were starting families of their own and completely bought into her idea. Photo by Andrej Lišakov on Unsplash

There’s no hard scientific proof that women are more compassionate than men, but there’s solid evidence that men and women respond to stress differently. The “fight or flight” response is typical of men, whereas women lean towards a different approach — “tend and befriend”. In stressful situations, women are much more likely to respond by connecting and bonding with others and socialising, which can be a huge advantage in a business environment. When the going gets tough, women leaders rely on social bonding and we-are-stronger-together kind of mindset, which is good for morale and ultimately, the bottom line.

One of the most famous female entrepreneurs, Arianna Huffington, has recently authored two books —The Sleep Deprivation and Thrive — aiming to redefine success outside of money and power. This was all a result of her personal experience. Prior to writing the books and drastically changing the way she works, Huffington used to pull 18-hour days, seven days a week. Until the day she collapsed in her office from sleep deprivation and broke her cheekbone on the way down. She believes people need space to think, connect and strategize, “ ‘Restore connection’ is not just for devices,” says Huffington. “It is for people too. If we cannot disconnect, we cannot lead.”

Don’t get me wrong — possessing these three character traits doesn’t automatically make any women a great leader. But they do, undoubtedly, give women leaders an edge. All inspiring leaders, both men and women, must learn how to leverage their unique strengths and work on developing additional skills that can help them build successful companies.

What skills are you mastering to propel your business?

Juste Semetaite is a freelance copywriter and a content strategist. She helps dynamic brands like @PeoplePerHour tell their story through UNboring content (that’s a word she made up to tell her own story @uncopy.co.uk). She’s into coffee, books and other writer’s clichés.