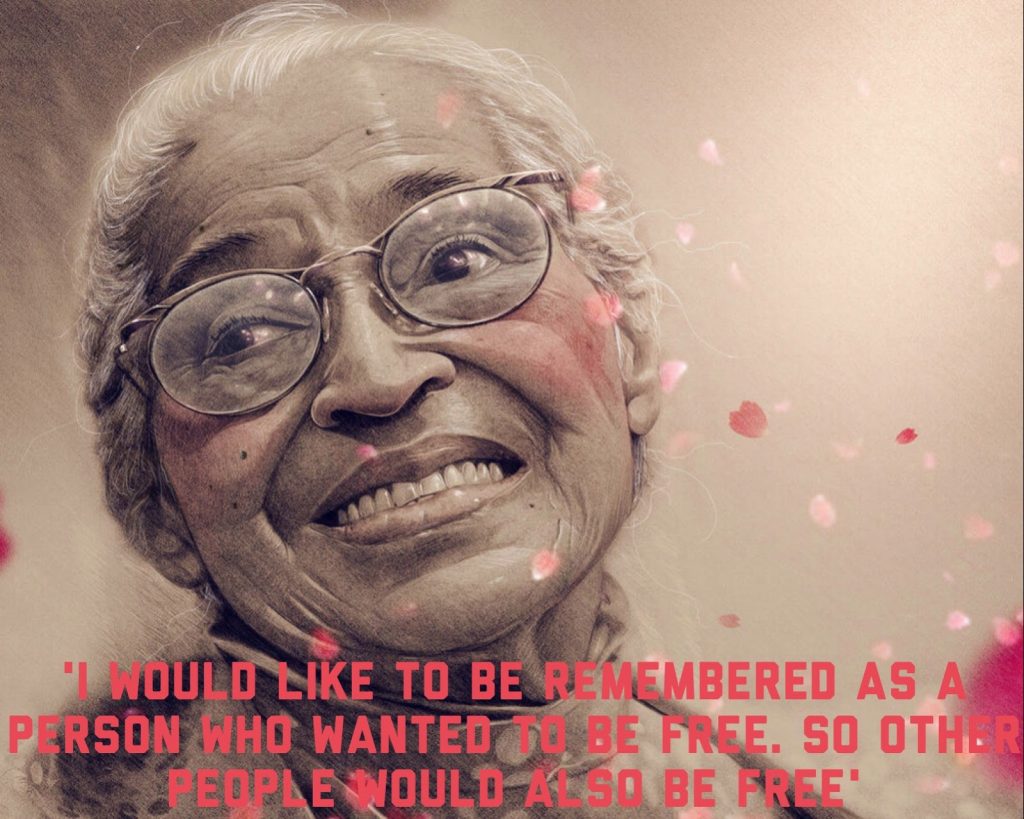 Woman of the Week is back! Each week we will be posting a blog about one of our great historic women;

Each room at 54 St James Street has been carefully named after an inspiring woman who made her mark in history. The Women’s Organisation want to introduce you to some of these amazing women so you can see why they have been recognised at the Women’s International Centre for Economic Development (WICED)

This week, we are writing about Rosa Parks.

Rosa Parks was born in Tuskegee, Alabama. Rose’s mother was a schoolteacher and her father was a carpenter. At the age of nineteen Rosa married a man named Raymond Parks who at the time was a barber. Rosa and her husband were both involved in various civil rights causes.

She was very influential in all aspects of the Civil Rights movement, but her biggest contribution was the Montgomery Bus Boycott.

On 1 December 1955, as she was riding home from a long day at work, she was ordered by the bus driver to give up her seat on a public bus so that a white man might sit. She refused, was arrested and fined $14. A city-wide boycott of the bus companies was organised by African Americans, to force the city to desegregate public transportation.

A young minister, Martin Luther King, Jr became involved, and began to make a name for himself through his oratory. The boycott continued, despite official opposition, for 382 days. It became the largest boycott in American history. During the boycott, 17,000 black people in Montgomery walked to work or obtained lifts from the small car-owning population.

The boycott was ended on 21 December 1956 when the Supreme Court ruled that segregation on city buses was unconstitutional, and due to the company’s loss of revenue, Parks and King became national heroes.

The Parks Suite has the facilities of plasma screen TV, integrated audio visual and IT. The Suite provides a smart environment ideal for hosting client presentations, board meetings and staff development sessions for up to 10 people. This room also benefits from natural light, heating and cooling systems and free WiFi.

To find out more about our Parks Suite and all of our other suites and rooms, contact us on venue@thewo.org.uk or visit our website here.